Here are some projects and filmmakers that we’ve supported either through crowd funding, by getting involved in and/or by raising awareness of. If you support low budget indie filmmaking take a look at some of these projects. #SupportIndieFilm 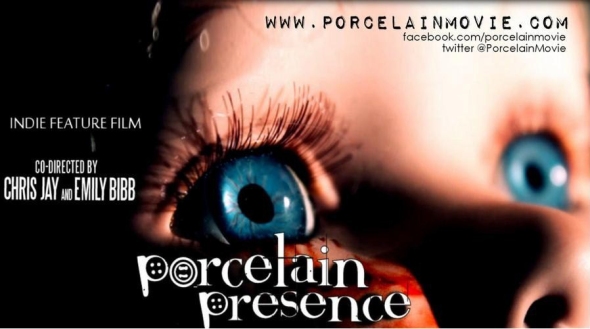 A terrified wife who is brutally beaten and tormented at the hands of her psychotic husband is forced to accept his haunted past by bearing his infatuation for porcelain dolls. Things start to take a turn for the worst when some meddlesome neighbours discover that hidden beyond the doors of their seemingly perfect home lie some unsettling secrets that they wish had never been unearthed. The repercussions that await them after a gruesome crime, leaves all parties reeling in ways you could never imagine.

This is a self funded feature made by fellow Birmingham based filmmakers Chris Jay & Emily Bibb. Still in production, will be on the festival circuit soon.

Since founding his production company Quandary Productions in 2009, prolific filmmaker Michael Henry has made thirteen short films, three viral adverts, five feature films (with a sixth on the way), and won two National Television Society Awards for comedy sketch show ‘Best Friends That Love Each Other’.

Working in all areas of production, Michael’s key focus is to make Quandary Productions a base which supports other artists from around the world, all year round, whilst amassing an acting troupe and create his own independent feature films every year.

Brendan Prost is a Canadian DIY filmmaker with three feature films under his belt; Choch (“one of the intriguing and involving low-budget indies to cross my desk in 2011” – The Independent Critic), Generation Why (Rising Star Award Winner at the Canada International Film Festival – 2010), and Spaces and Reservations, which screened across Canada in the spring of 2014.

Brendan has also directed a diverse set of short films on a variety of formats, including most recently an improvised act of self-interrogation entitled Best Friends For Life (Official Selection – Montreal World Film Festival) and is in development on his new feature film project.

Brendan’s films are characterized by their evocative, earnest spirit and particular emphasis on character.